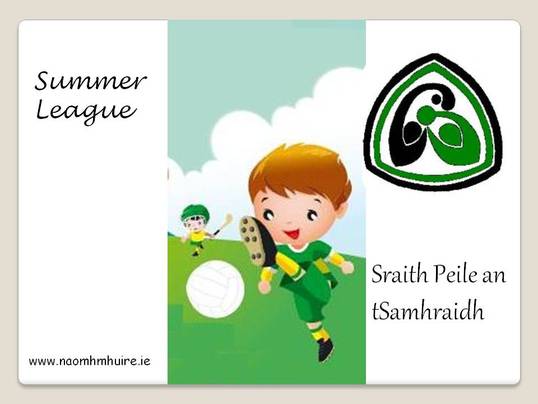 A great start to the summer league this evening with 45 players in attendance for the 1st round of games of 2012. We have 6 teams this year and each team will play 2 games every Friday evening. Game of the night was the match between Kerry and Derry which ended in a draw. A feature of tonights games was the tackling which was really good from some of the teams. The best players on show tonight were Ferdia Doherty who was great in defence and never gave a ball away, Jimmy Bonner who got some great scores, Ciaran Gillespie who was scoring for fun, Ciaran Sharkey who was dominant at mid-field and Tuathal Lunny who showed some smart touches on the ball. Well done to all involved and the race to for the 2012 summer league championship is under way. Who will emerge as winners this year? Tyrone and Donegal have made a great start and will be hoping for more wins next week. Something will have to give as they meet each other in a top of the table clash next Friday evening in what should be a tough game for both sides. See you all next Friday at 5.30 in the banks.